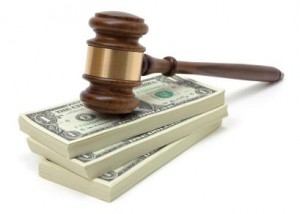 In a scathing opinion issued on December 12, 2014, the Fifth District Court of Appeal took Orange County and its attorney to task for its appeal of an order awarding attorneys fees in connection with the County’s violation of public records laws.  Orange County, Florida v. Hewlings, Case No. 5D13-3775 (5th DCA December 12, 2014).

As recited in the opinion, the case involved a records request in connection with the investigation of the appellee’s dog by the county’s animal services division.  Appellee repeatedly requested copies of all the county’s records with respect to the investigation, and offered to pay the costs of copies.  The requests were ignored for so long that the appellee filed a petition for writ of mandamus, which was granted,  however the appellee’s request for attorneys’ fees was denied. Appellee appealed the trial court’s denial of her request for attorneys’ fees.  The Fifth DCA reversed–determining that the county’s delay in furnishing records “was tantamount to a refusing to comply”–and remanded for further consideration by the trial court to determine whether the county had “unreasonably delayed” complying with the records request.

On remand the trial court found that the county had, indeed, unreasonably delayed compliance.  The county appealed the order on remand, but did not challenge the trial court’s finding of unreasonable delay.  Rather, the county re-raised the very same issues decided in the first appeal–arguing that the delay in compliance was not a refusal to comply.

In its opinion the Fifth DCA stated, “It is as if counsel for Appellant, who was the same counsel in Hewlings I, slept through the entire prior appellate proceeding and then failed to read either the opinion or order.” The county’s attempt to re-argue the same question of law previously decided by the Court (the “law of the case”) was not well taken.  “Appellant’s suggestion that it may incrementally dole out its arguments pertaining to the meaning of a single statute in separate appeals borders on ludicrous.”

Holding that the case was a “textbook example of why the legislature authorized an award of fees against obstinate public entities,”  the court ultimately sanctioned the County for what it deemed a “frivolous and abusive appeal,” and granted the appellee her appellate attorneys’ fees.

Jennifer R. Dixon is an AV-Rated appellate and litigation attorney and a shareholder with the law firm of Lowndes, Drosdick, Doster, Kantor & Reed, P.A. in Orlando, Florida. Dixon's appellate practice is primarily focused on business, real estate, and family law appeals, as well as state administrative appeals. She is admitted to practice before the Supreme Court of the United States, the U.S. Court of Appeals, 11th Circuit, and Florida state courts. She is also a Florida Supreme Court-certified circuit and appellate court mediator.